The fall of 1988 featured repeat appearances of several groups. First on the schedule was the Rebecca Parris Trio with Rebecca on vocals, Eddie Higgins on piano and Richard Evans on bass. The day before the concert I received a phone call from Rebecca. I could hardly hear her on the other end.  She had laryngitis and could barely speak, let alone sing. My first thought was to cancel the concert. But I had already paid the rental fee for the Countryside School and wouldn’t be able to get a refund. In addition, the concert had received a lot of media publicity and, given Rebecca’s popularity, I anticipated a large crowd.  At Rebecca’s suggestion I called Donna Byrne. Donna had appeared as a special guest with Grey Sargent the previous year. I liked her singing very much and thought she would be an excellent replacement if I could convince her to step in.

She was clearly reluctant to take Rebecca’s place and expressed concern about the audience’s reaction to the last minute change.  Although I had no idea what to expect, I reassured her that everything would be just fine.

Everything was not just fine. I placed a sign outside the front door of the school announcing that Rebecca was sick and that Donna was taking her place. I was truly shocked by how many people who had purchased tickets in advance asked for a refund. Others walked in, thought about it and then walked out. Why wouldn’t they take a chance and hear someone else? Fortunately Donna was doing a sound check on stage and didn’t hear the comments or see the steady stream of people leave. 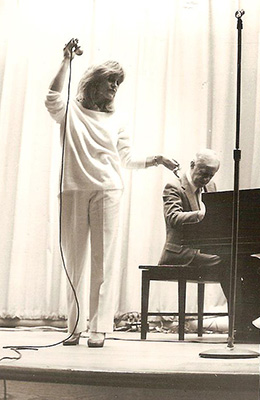 I have always been grateful to Donna for helping me out that night. When the concert began the hall was only partly filled. I am sure Donna noticed that. The irony is that she put on a fabulous show. She clearly hadn’t had much time to rehearse with Eddie and Richard, but the performance was seamless and they appeared to mesh immediately. 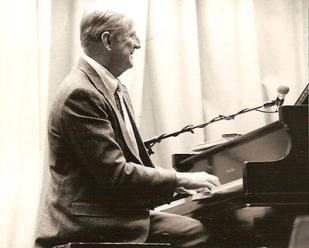 She won the audience over with her beautiful singing and spicy wit. My feeling is that this represented an important night for her. She stepped in for one of Boston’s most popular performers and did an outstanding job. Things would be different for her after that. Soon she would also be a headliner, someone people would stand in line to hear.

For the next concert we welcomed back Tenor Madness. A new member Greg Badolato joined George Garzone and Alex Elin to complete the tenor section. Another addition was Ray Santisi on piano.

Henrietta Robinson returned in December with Carolyn Ritt on keyboards, John Voigt on bass, Kenny Wenzel on trombone and flute and Herbie King on drums.  As part of this holiday concert we featured an exhibit of Ruth Williams’  jazz photographs. 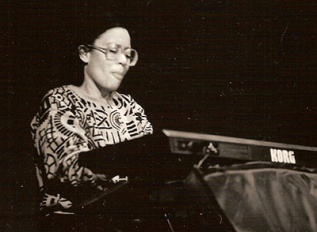 In his December 30 column Fernando Gonzalez wrote about the past year highlighting the best and the worst of jazz event. Among the best he mentioned “the programming of small fledgling, grass root groups …which stepped forward to fill the void created by a reduced club scene. They offered local musicians opportunities and places to play and in some cases also presented and commissioned internationally known artists.” Among the groups he listed was Highland Jazz!

In this article Henrietta Robinson talks about her experience as a host at WGBH for The Jazz Gallery. Listen to her sing “The Best is Yet to Come”. She is now living in Houston, Texas.

Grammy Award-winning arranger Richard Evans was on the faculty of Berklee in the Contemporary Writing and Production department but is no longer listed there. Retired perhaps?

Ray Santisi continues on the faculty at Berklee. In this article he talks about the link between his teaching and playing.

Kenny Wenzel has appeared numerous times at Highland Jazz events. He is still very active on the jazz scene. Here is a watercolor I did of him a few years ago while he he was playing in a club on Cape Ann.