It is hard to highlight one or two concerts from this year because each one featured outstanding musicians and interesting programming. In October Greg Hopkins brought a big band to the Countryside School and presented a History of Jazz, narrated by Eric Jackson. There were 19 musicians in the band.

Many of their backgrounds read like a Who’s Who of jazz: Paul Fontaine with Woody Herman; Jeff Stout, Joe Calo, Tony Lada, Wayne Naus and Greg with Buddy Rich; and Bill Pierce with Art Blakey, Freddie Hubbard and Tony Williams.  The rhythm section featured drummer Fred Buda of the Boston Pops, Mark Henry on bass and pianist James Williams who came in from New York for the gig. 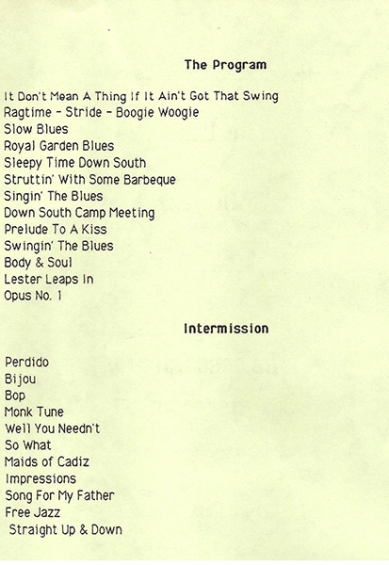 There is something absolutely thrilling about hearing a big band. It is not only the volume of the group but the intricate way the different instruments blend to create the sound. A lot of the credit belongs to Greg Hopkins. Not only is he an excellent trumpet player, but he is also a gifted arranger and had written the arrangements of the classic tunes for that performance.

Getting a gig for a large band is quite difficult because there are so many players to pay.  The only reason we were able to hire them in 1987 is that we still had money from the NEA grant. I really applaud Greg for keeping a big band together for so many years; he continues today with his Nonet, a band of nine musicians.

In November we were back at the Congregational Church with a Sunday afternoon of art and music. Ruth Williams and Vic Zabek showed their jazz photographs and Alex Elin, his landscapes.

Ruth Williams and her photographs 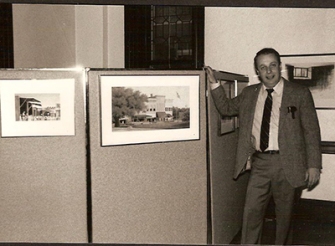 Alex Elin and his paintings photograph by Ruth Williams 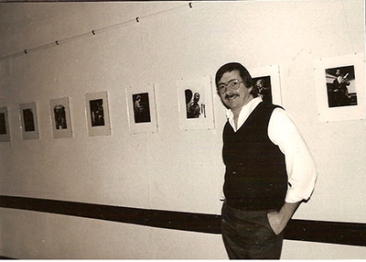 Vic Zabek and his photographs photogrraph by Ruth Williams

We brought in free-standing panels so that the work could be hung tastefully. I was especially delighted to show Ruth’s photos since she had been so steadfast in attending Highland Jazz concerts and photographing the performers. Because of her efforts I have a visual record of many concerts.

For this concert Alex was accompanied by Joe Cohn on guitar, Charlie LaChapelle on bass and Bob Guillotti on drums.

The Bill Pierce Quartet performed in December at St. Paul’s Episcopal Church. By this time the concerts alternated among the three venues depending on the size of the group or the need for a piano. Although Bill had performed several times as part of Tenor Madness this was his first appearance as leader. Bill had an impressive resume. He had been a member of Art Blakey’s Jazz Messangers, had toured extensively with Freddie Hubbard and at the time of the concert was a member of Tony Williams’ band. He had performed at many of the major jazz festivals both nationally and in Europe. Joining him were John Lockwood on bass, John Ramsey on drums and Joe Cohn on guitar.

I was very excited about hiring Bill but also quite concerned. He represented the “Dizzy might call” syndrome, which I have already described. When we discussed the date for the gig he explained that his calendar was free and he was delighted to do it, but he also made it clear that if a call came from Tony Williams for the same date Tony would get top priority. I appreciated that he was so upfront with me and decided to go ahead. I remember being nervous until the last few days before the concert, worried that in this case Tony Williams might call. He didn’t call and the concert was simply great.  There is something regal about the way Bill plays; once he takes his stand he hardly ever moves. He almost becomes an instrument himself. 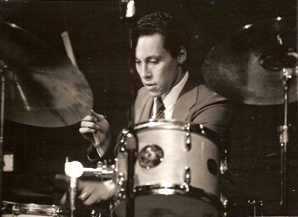 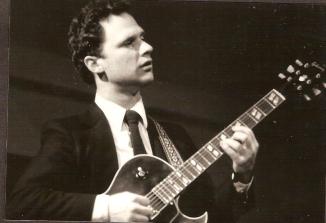 As I write this I am surprised that I was still scheduling a concert in February which, as Bostonians know, is the snowiest month of the year. Nevertheless in February two excellent vocalists, Kristine Key and Larry Watson, joined forces with support from David Sparr on keyboards, Ed Friendland on bass and Keith Gibson on drums. The title for the concert was “Kristine Key and Friends.” 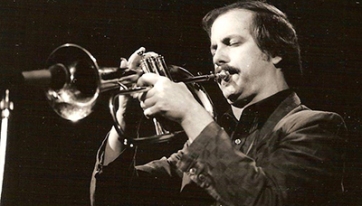 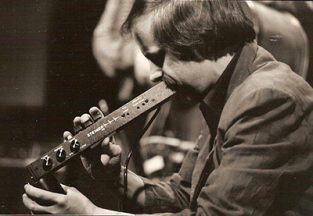 Mike Metheny returned with his quartet in March. A native of Kansas City, Mike had moved to Boston in 1976 and joined the Berklee faculty where he remained until 1983.He had appeared in my well- known New England clubs and concert halls. He had also appeared at several jazz festivals including the Boston Globe Jazz Festival, the Wichita Jazz Festival and the Berlin Jazz Festival. His first album, “Blue Jazz Sessions” received four stars both in Downbeat Magazine and in the L.A. Times. In 1986 he signed with MCA/Impulse label and released “Day in – Night Out” which featured Rufus Reid on bass and his brother Pat Metheny on guitar. As you can see in these photos he played both flugelhorn and the electronic Steiner EVI.  With him at St. Paul’s Episcopal Church were Dick Ogren on keyboards, Marshall Wood on bass and Bob Savine on drums. 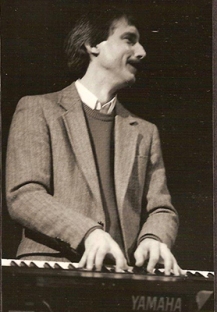 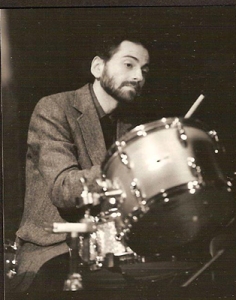 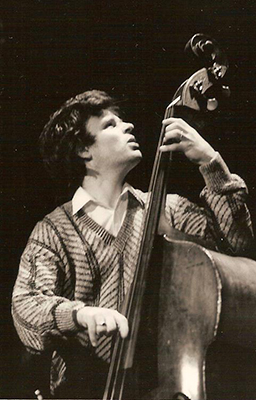 “Swing into Spring” was a jazz and dance concert at the Countryside School featuring Stan Strickland and his quartet.  Stan played tenor sax, soprano and flute accompanied by Mark Rossi on keyboards, Jim Bridges on guitar, Sid Smart on percussion and Juan Oliva on drums. The advertising flier promised that Stan would include dance in his performance. What the flier didn’t mention is that the audience would also be dancing. The first set had good energy but the audience remained in their seats.

After the intermission things really got going. Stan encouraged people to get up and move up and down the aisles in time with the music. He invited some to come and dance on stage. At the end he recruited a group of back-up singers to appear with him. Stan really knew how to connect with an audience; he made the concert a truly memorable event. 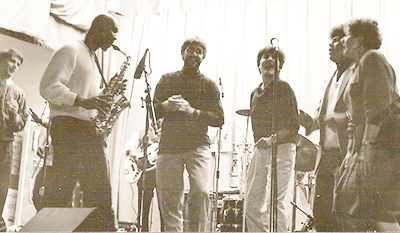 Joe Cohn graduated from Berklee with the ability to play multiple instruments including guitar and trumpet. This article brings you up to date on some of his activities. In this video you can listen to his rendition of “Too close for comfort.”

Bob Guillotti is a professor of percussion at Berklee and continues to play in local clubs and concerts.

When you hear George Garzone play you may not realize what a  wry sense of humor he has.  Maybe this video will provide some insight.